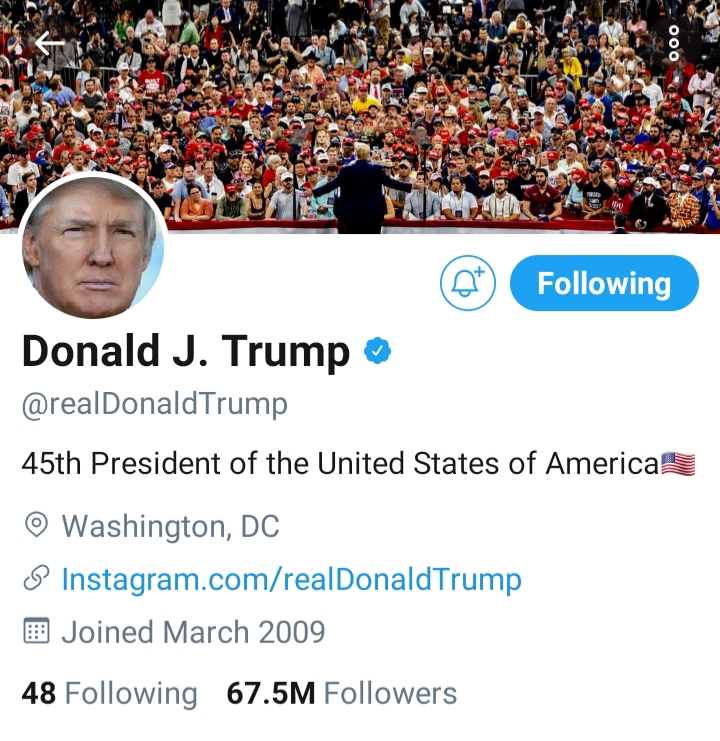 President Donald Trump's twitter account is a platform where he often expresses his opinion and gives updates on his administration.

The first amendment, protecting freedom of speech among other rights, was ratified on December 15, 1791. It allows people to not only have their own opinion but express it freely as long as it is in a peaceful manner. President Donald Trump has every right to write his own tweets on Twitter.

“It is the age of technology,” senior Jacqueline Barnes said, “and Trump’s Twitter account is just one of the many new ways of communicating his thoughts to the American population.”

There are many who dislike our current president, and there is nothing wrong with that. In fact, many people are very vocal and discourteous about their dislike for President Trump, but they are allowed to express their opinion. The goal of the president’s tweets is to somewhat inform the public of the proceedings taking place in and around the nation’s capital. Although the tweets from President Trump can be perceived as childish, one thing to consider is the character count that Twitter allows. Keep in mind the fact that our president is putting an effort in to keep American citizens informed.

Many other politicians use social media as an outlet to persuade and change the public’s views, mostly on campaign trails.

“The president is the head chief of the U.S. government,” senior Maria Boccaccio said. “He is voicing his opinion, same as other Americans who do so through the same social media network.”

Being an American citizen comes with certain rights that are ascribed. However, there are many people who take their rights for granted or don’t fully utilize them because they are unaware of their full extent. President Trump is well within his rights in regard to his tweets; in a way, it is hypocritical for others to disagree. As a celebrity, there are different expectations as to how the president should act, but that does not diminish his right to freedom of speech.

When forming an opinion on someone or something, such as President Trump and his life on Twitter, it is important to gather information in an unbiased way. It is easy to base one’s opinions off of the opinions of others, but to be objective, there should not be any outside influences.