Sports leagues’ unique solutions: a compromise for fans and safety 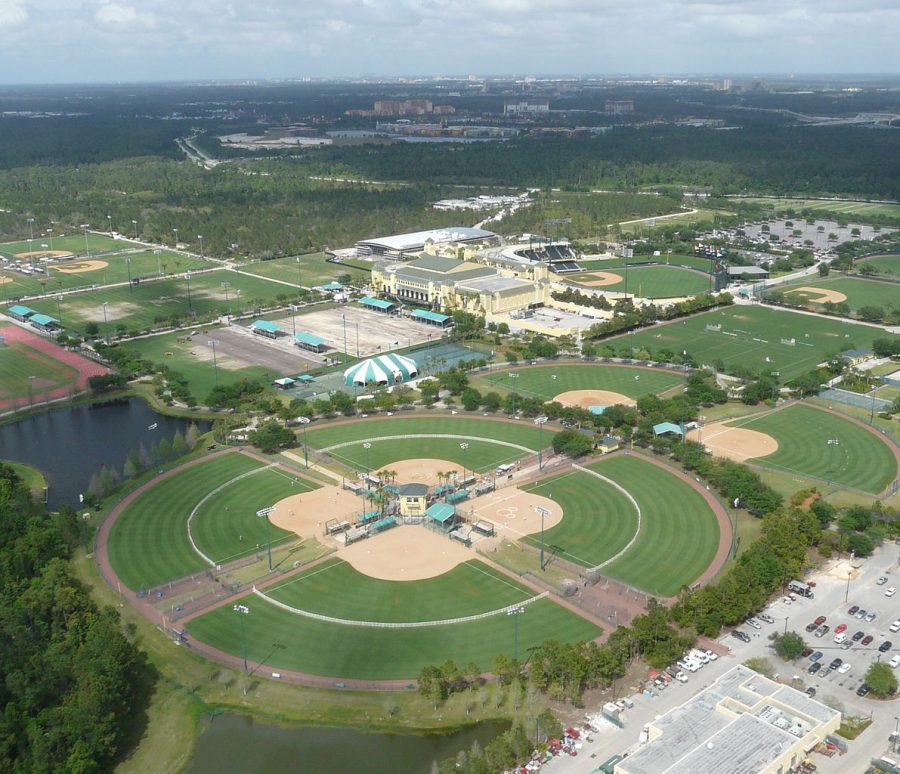 Because of the pandemic, sports teams have had to find creative solutions to continue their seasons. The NBA created an isolation bubble within ESPN's Wide World of Sports Complex in Orlando, shown here.

It all started back in March when Utah Jazz center Rudy Gobert tested positive for the coronavirus. The news came out just as Utah was getting ready to tip off against the Oklahoma City Thunder. As the teams were warming up, members of the Utah Jazz stepped onto the court, explaining to Oklahoma City guard Chris Paul that the game could not start as scheduled. This resulted in confusion from members of both teams, the referees, and the fans in attendance.

That confusing, emotional night will be considered a historic day in sports. The National Basketball Association (NBA) suspended play shortly after Gobert’s test came back positive, and the rest of the professional sports leagues would follow suit in the time after.

Over five months later, the NBA has returned to play – along with the Major League Baseball (MLB) and National Hockey League (NHL) – but in a completely different manner. The four-month NBA hiatus allowed NBA commissioner Adam Silver to come up with a plan to restart the league safely.

Silver and the NBA crafted a unique type of restart: the bubble. This approach required the 22 best NBA teams to meet up in Orlando and remain isolated from the rest of the world in order to finish the season safely.

Many people doubted this plan, but the NBA was confident.  Currently, the NBA is in the first round of the 2019-20 playoffs and hasn’t had any positive COVID-19 tests so far.

Back in March when the NBA shut down, the MLB was getting ready for the opening games. Their solution didn’t come as easy as the format that the NBA proposed. In the MLB, there are about 26-40 players on each team, versus the NBA’s 15-man rosters. This made it more challenging for the MLB to isolate all the players, let alone additional staff.

The solution that the MLB front office and players came up with was to play and travel to the teams’ respective stadiums without any fans. They also decided to cut the number of regular season games tremendously from the original 162 games to just 60 games.

MLB games started earlier than the NBA’s restart back in late July, and they are about 20 games into the season. There have been positive tests within the league, but there hasn’t been a major outbreak.

The NHL was about to start the playoffs when they shut down in March. They were the first to come up with a plan: starting the playoffs immediately and playing in a bubble format similar to the NBA.

Like the NBA, the NHL has kept the coronavirus out of their bubble. The league is currently in the second round of their playoff bracket.

If the NBA hiatus hadn’t happened as soon as it did in March, who knows what kind of spread could have ravaged the teams, or even teams in the NHL and MLB. They prevented a sizable outbreak and have led the frontlines of the new normal in sports by successfully executing their play inside the bubble. Fans can now enjoy sports again, even though it’s not the way that they are accustomed to.