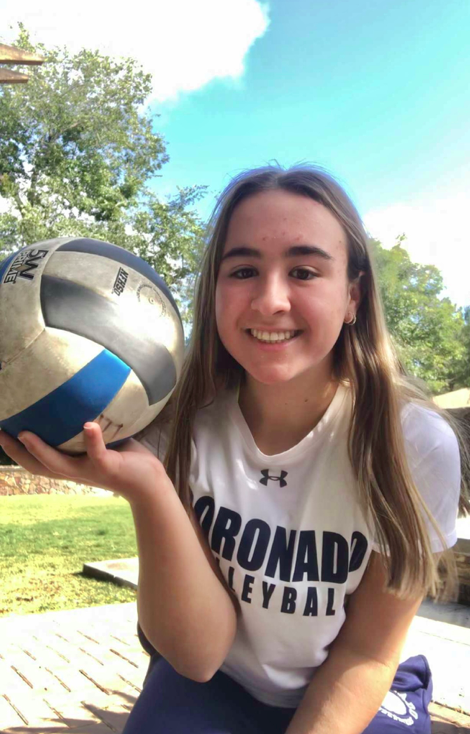 While Coronado High Schools’ junior varsity and freshman volleyball seasons were canceled earlier this year, the varsity team was able to finish out the season this month.

Coronado won three sets, and Franklin won one set of the game.

Coronado had a total of 133 attacks, and sophomore Allison Miller had the greatest number of attacks with a lead of 41 kills.

Franklin had a total of 141 attacks, and Paulina Acuna had the most kills on the Franklin team with a lead of 45 attacks.

“It was super scary but also super fun, and I loved playing with my teammates,” sophomore Mia Plesant said. “This is my first year playing on the varsity team and to think I was once a fan in the stands and now I’m a player is pretty crazy to me.”

“The game was pretty insane, and the feeling that ran through me when we won was something I’ve never felt before,” sophomore Janais Milan said. “It proved that hard work does pay off and that even in hard times a team can pull through to achieve a goal.”