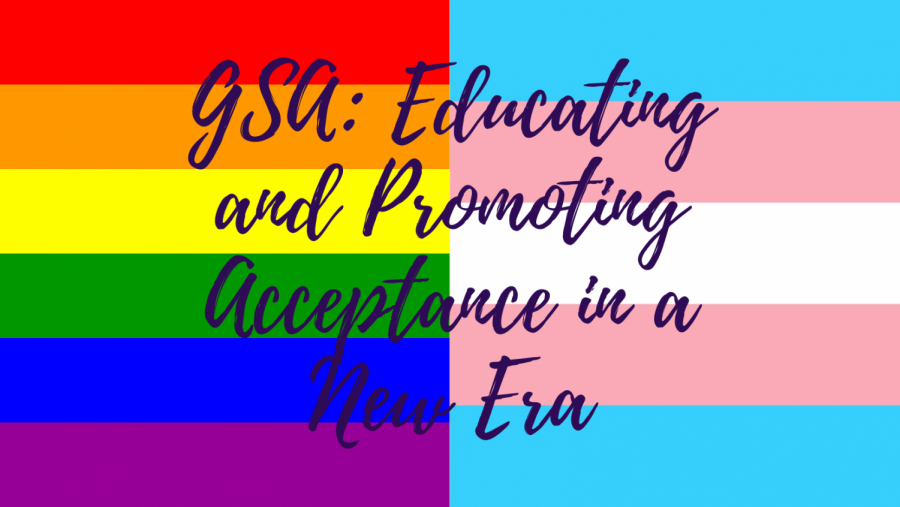 The Gender Sexuality Alliance (GSA) explores the history of the LGBT community, addresses the issues of today, and looks forward to the future.

Human history has shown that the fluidity of gender is universal and ancient, from the Hijras (Third gender) community of South Asia to the Mukhannathun mentioned in Islamic texts dating to the 7th century and the two-spirit members of various indigenous communities. Unfortunately, due to the overarching powers of European colonialism, much of this history and legacy has been systematically erased. As a result of this erasure and brainwashing, many colonized countries oppressed their LGBT communities and adopted binary European notions of gender and sexuality. America’s LGBT community laid silently hidden in the shadows until the one protest that galvanized the community to come forth and demand their rights: Stonewall. Led by Marsha P. Johnson, a black transgender woman, the patrons of a gay bar fought back against a police raid. This legacy of resistance can be seen practiced by its successors: the LGBT youth of today.

The Explorer spoke to Gender Sexuality Alliance (GSA) President Max Boyack, a senior, about the issue of transphobia and holding the club together throughout COVID.

“COVID has been difficult,” Boyack said. “We haven’t been able to do much outreach.”

The GSA has a Discord server and an Instagram, but other than that, there has not been much recruitment. The pandemic has caused a lot of issues for the members of the GSA, many of the leading members who are occupied with many responsibilities and cannot always attend to their activities.

Boyack is determined to set a legacy for the GSA, but the lack of freshmen and new recruits in general is disheartening at times. Nevertheless, Boyack attempts at teaching about LGBT issues within the club. The club has gone from the ancient era to now, traversing topics from the Greek poet Sappho (known for her lesbianism), trans people in indigenous societies and South Asia, and the German Institut für Sexualwissenschaft, which was a prominent research center on LGBT subjects that was later burned down by the Nazis.

There has been a lot of progress during the pandemic due to digital spaces such as TikTok, Instagram, and Twitter coming to be dominated by the LGBT community.

“This heightened visibility of the community has led to more people in quarantine [having] the chance to introspect on their sexuality and gender,” Boyack said.

But as much as this progress was needed, the systematic oppression of LGBT communities continues. The education systems are structured around enforcing transphobia and homophobia, repeating and continuing a colonial legacy of violence against those who do not conform to the norm. The killing of trans people, especially black trans women, is an example of this violent legacy.

“[Cisgender people] will murder trans people, and then they will be left off…with a six month sentence,” Boyack said. “It’s a rampant issue and there’s a higher chance of trans people to be murdered.”

Boyack also highlighted how the intersection of race and gender expression cause many indigenous and African American trans people to experience more systemic oppression.

This issue cannot be solved without the cooperation of local communities and the government. There is strength in community and at Coronado. LGBT individuals must be treated as human beings, not as potential predators (as many bigots tout) or some freakish anomaly that’s not the “norm.” Coronado students must take it upon themselves to learn of the history of this marginalized community and understand its erasure and the colonial intentions behind it. Homophobia and transphobia are not some random occurrences happening without a root; this hatred is as old as the expansion of Europe and its colonization of the world. Combat miseducation and destroy the perception of what is “normal” and what is not. It is a farce to claim that normalcy is removing marginalized groups. Questions of gender and sexuality are as old as humanity itself. They must be embraced.