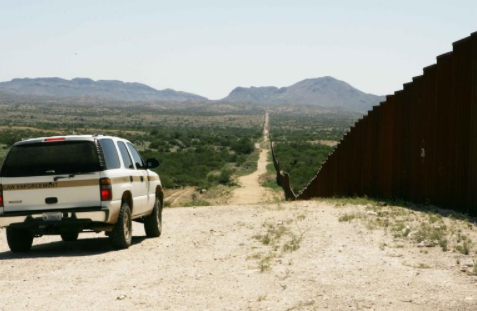 Many efforts have been made to address the situation at the US-Mexico border. Operation Lone Star is the latest measure implemented in Texas, but it may not be the right approach.

Texas Governor Greg Abbott launched Operation Lone Star last month. This is the latest in a series of efforts to tighten security on the US-Mexico border. This policy is excessive and unnecessary. Considering illegal immigration to be a “humanitarian crisis,” as the governor put it, is the wrong mindset to have, as, legal or not, people simply crossing a border is far from a crisis.

Throughout his career, Abbott has been hard on illegal immigration. However, the huge increase in illegal crossings during Abbott’s administration have proven that his policies were not as effective as seemed.

Operation Lone Star stems from Abbott’s disagreements with the Biden administration on border security. According to press releases, Abbott believes the current administration is trying to completely open the US-Mexico border, something Abbott strongly opposes.

Joe Biden’s failure to rectify these inhumane conditions is extremely disappointing. However, just because Abbott disagrees with Biden does not mean he is in the right. Abbott’s Lone Star operation is no better at correcting the mistakes of immigration policy than the Biden administration itself.

Lone Star itself entails an increase in the presence of law enforcement personnel at what a press release describes as “high threat” areas of the border. Besides reinforcing the inhumane treatment migrants face in the US, this solution is like others in the past, which have failed to reduce the amount of people who cross illegally.

A much simpler solution to illegal immigration is making legal immigration to the US a less difficult process. The current average processing time for US citizenship is 8 months. For migrants coming to the States to flee a crisis, that is simply too much time. Immigration reform in the United States needs to happen.

There is an alarming lack of empathy for migrants in the United States. The current surge of migrants being considered a crisis by officials is proof of that. These people are simply trying to come to this country because they think their lives will be better here, and they are met with overwhelming hostility.

What we all need to remember as US citizens is that those outside the country are people just as important as any of us. We are quick to label people who just want to see improvement in their lives as undesirable, something that absolutely must stop if we want to see the situation improve at the border.

The “crisis” at the border is only a crisis for those who must leave their lives behind to come to the United States. Right now, we need to practice empathy. We need to realize that people are people, regardless of where they come from. If we plan on opposing illegal immigration so strictly, we need to make legal immigration an easier process. Illegal immigration isn’t a crisis for people like us, living relatively safe lives here in the States. We may not be able to fully understand what migrants face, but that is why we should strive to accommodate them. We should do our best to help others live safely and happily. The current conditions faced by migrants in the US are simply inhumane. Regardless of one’s political stance, the general public should not accept human rights violations so willingly – because this is an issue of human rights, and immigration reform is necessary now more than ever.