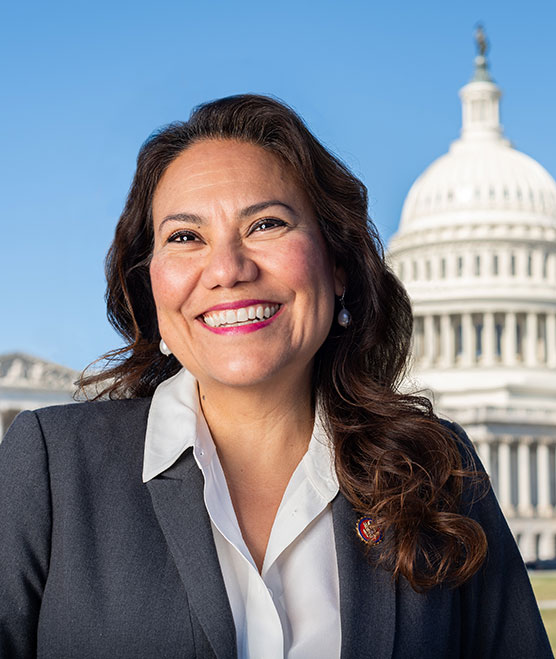 Congresswoman Veronica Escobar sat down with student journalists from EPISD. Editor Noorziyan Rabudi weighs in on what Escobar shared.

Thoughts on a Veronica Escobar interview

Veronica Escobar has been serving as the U.S. Representative for Texas’s 16th congressional district since 2019. She was the first woman elected to the seat and the first of two Latinas representing Texas to serve in Congress. She’s established herself as a voice of the border, immigrant communities, gun safety, and healthcare.  This past week, The Explorer spoke to Veronica Escobar on key policies she is hoping to pass.

In regards to legislation on the Tigua Indians living in reservations, Veronica Escobar made note of the bill she was trying to pass but did not comment further on what infrastructure was being instituted in favor of the Tiguas. The bill that Escobar hoped to pass is one that will enable Tigua Indians to allow electronic bingo on their casinos. Governor Greg Abbott strongly opposed the bill, which Escobar noted as a struggle to bypass. This bill will open up more opportunities for the Tigua Indians, as the casinos they manage are their main source of revenue. Hopefully, this additional revenue will aid the Tigua Indians in battling poverty and a lack of infrastructure set into place for them.

Escobar commented on how lawmakers often focus on the immigration issue with Latino communities and detract focus from other issues such as education gaps, healthcare, and equity issues.

“We have to realize that Latinos are not a monolith,” Escobar said. Veronica Escobar has worked frequently with the Latino community in several different areas. The needs and priorities of Latinos, according to Escobar, are not the same everywhere and must be addressed uniquely.

Escobar also commented on the detention camps, making note that they were “working to reunite children with their families.”  Escobar had visited a detention camp earlier this month and had noted it was much cleaner and more efficient than the previous ones. She avoided discussion of the alleged misconduct and sexual abuse committed in the camps and swiftly moved on. Border organizations such as Witness at the Border have commented on Escobar’s negligence, noting that it was “unacceptable” to detain children.

Escobar then commented her views on student loan forgiveness and free college. Escobar added that while it would be advantageous to have an educated populace, individuals from wealthy backgrounds wouldn’t need free college necessarily as they could afford it. The federal government, according to Escobar, does have a role in facilitating that. Escobar believes her priority is aiding economically disadvantaged communities.

Escobar’s policies have so far reflected the demands of Latino communities, but to truly expand and broaden her influence, she must address key concerns at the border and mistreatment of marginalized groups. Escobar remains a face of the city of El Paso and represents the diversification of the Democratic party.