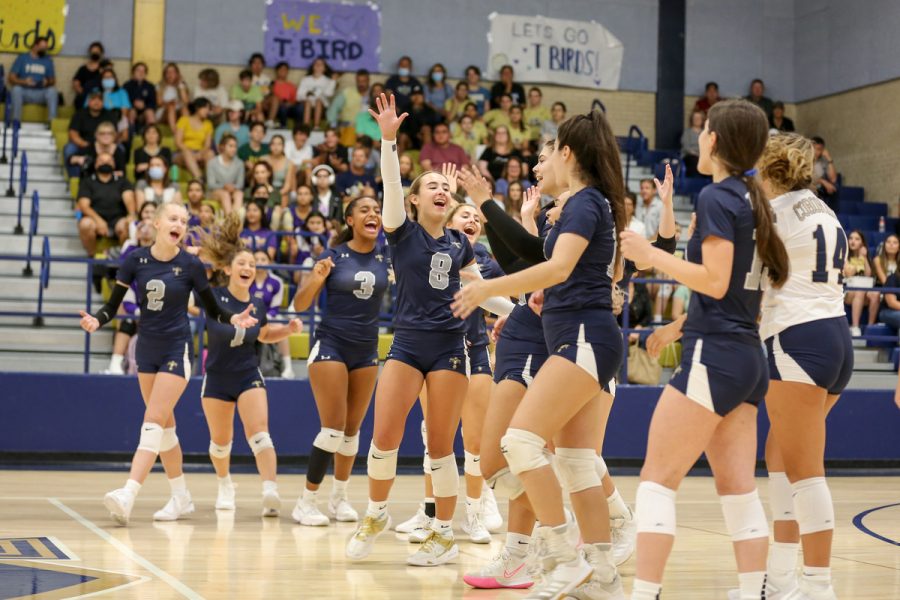 The T-Birds may have lost a good chunk of players last season, however, the incoming team that includes two freshmen has stepped it up and don’t show any sign of slowing down. The varsity volleyball team started their district play last Friday with a victory against Socorro High School, winning three straight sets.

Coming into districts, the T-Birds were 10-10, right at a 50%-win rate, however, the group hopes to improve to first overall in district, as they are trailing the position by only one, behind Franklin, already showing a dominant performance against Socorro in their season opener at home.

“I’m feeling very confident in our team.  We’ve been putting in a lot of hard work whether it’s on the court, and I think we are up against a lot of competitive teams in our district.” Janais Millan said. The team traveled all week, playing at Montwood on the 14th at 6:30 PM and winning by a score of 3 sets to 1. They played at Americas on the 17th at 6:30 PM.

Montwood was a good competition for the T-Birds, however, they were able to really display their talent in a statement win against the Rams. After the game, the volleyball team gets a break until the 24th, when they play the #1 ranked team in the district, Franklin High School, planning on winning against rival.

“We plan on playing as a team rather than individuals, which is something we have been working on and the energy of the crowd to help us win,” Avery Bloss said.

As the season begins, the team must keep the energy high, but also be very focused. This Friday, the first matchup against rival school and 17th ranked volleyball team in the state will occur at 5:30 PM at Franklin High School, one of the biggest games of the season.

The T-Birds are already 2-0 in district and looking forward to continuing to produce high quality and consistent play throughout the season.