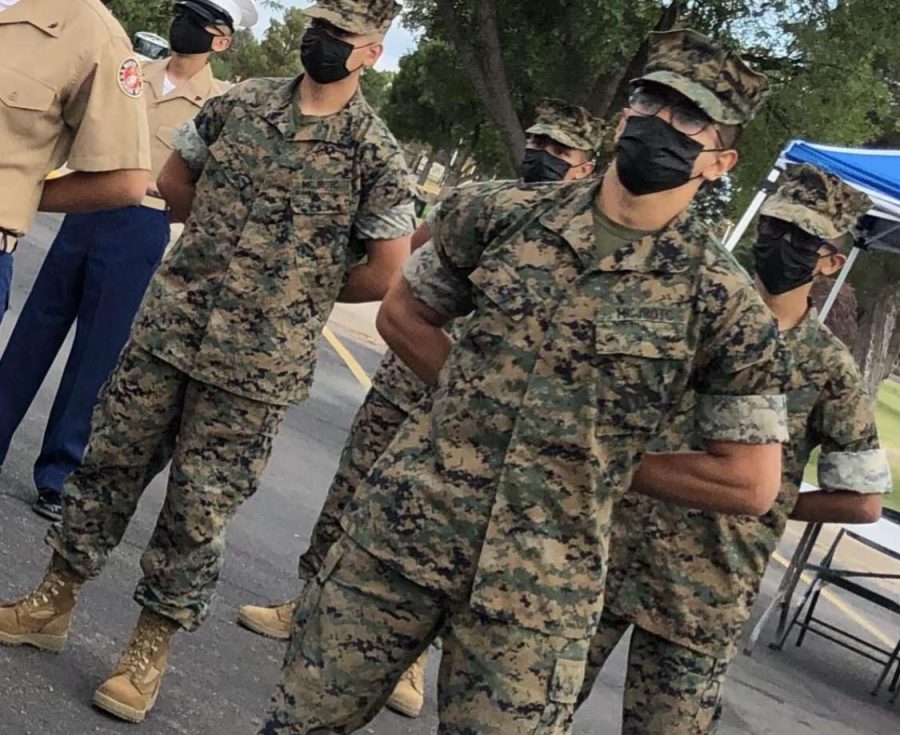 Student, athlete, scholar, creator, these are a few of the titles that are used when talking about senior Rodrigo Perez. Perez has gained a reputation around the campus for being heavily involved in extracurricular activities, excelling in school, and being a great athlete for track and JROTC. Due to his heavy inclusion in all things Coronado, Perez has set an example for his peers in every way possible.

“His work ethic is very admirable…He is in IB as well, so I can only imagine that he has great time management,” Miller said.

Having academic achievements has allowed Perez to be able to expand his options for what he wants to do in the future.

One said option came to fruition because of his incredible display of capabilities in JROTC.

The US Air Force who has offered him full tuition and fees for 4 years as well as other allotted amounts of money to cover expenses such as books.

“The scholarship can be applied to any university with an Air Force ROTC detachment, I’m hoping to get into Cornell so I can use it there,” Perez said.

However, Perez has other schools in the mix.

You would think maintaining JROTC, track, and academics would be a stressful situation already, however Perez also has many clubs and organizations he has either founded or has joined.

Perez has created the United in-Service Initiative, which aims to make El Paso a better community.

“I realized there was no better way to help my community than to create an organization dedicated to just projects that would help people in El Paso,” Perez said.

Those in the organization have shown admiration for Perez’s deep care for bettering both El Paso and Coronado.

“He is actually very different from how he normally is when he is presented the role of leader. He makes sure everyone stays on task and performs work the way he would,” said childhod friend Marco Melchor.

Other clubs and committees that Perez is involved in include leading Model UN, memberships in both Key Club and Student Exec, as well as volunteering as a tutor for Student Tutors of El Paso (STEP).

With intelligence, athleticism, and deep affection for the community, it is easy to say that Rodrigo Perez is a one-of-a-kind student.

“Rod is just a great person to be around…He is a definite positive spirit at Coronado,” Miller said.

Perez has been an exemplary student and is the epitome of an all-around scholar.

Although the future is uncertain, one thing is for certain, whatever lies ahead in the future for Rodrigo Perez, he will continue to make a difference both in and out of the classroom.