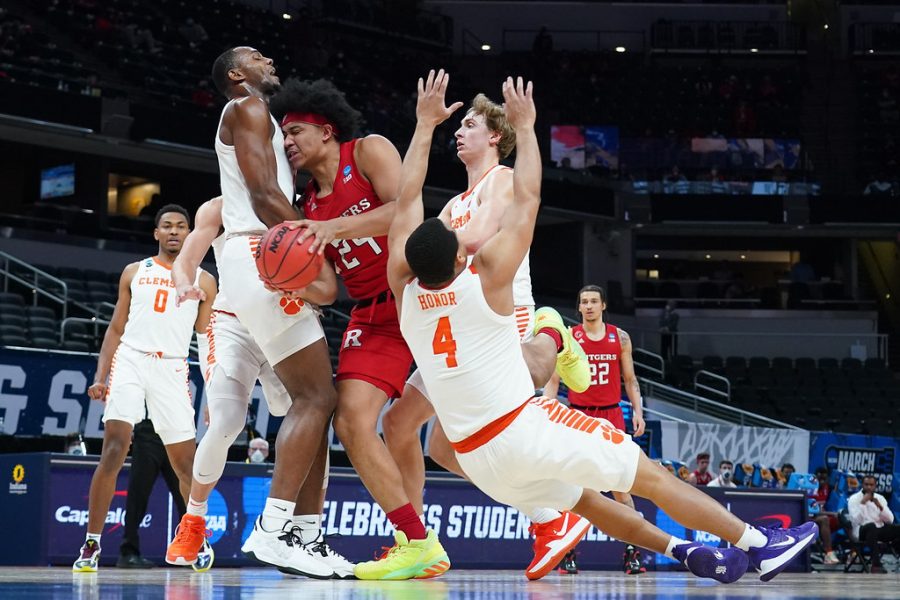 March is every college sports fan’s favorite time of the year. March Madness is the final tournament of the year for Division I college basketball, where 64 teams from all over the country play in a tournament that will crown the best team in the nation.  Powerhouses such as Gonzaga, Duke, and Kentucky, play lower-end teams, like St. Peters University, Norfolk, and Longwood.

The beauty of March Madness is that crazy upsets seem to happen every year.  This year, the #2 seed Kentucky, a powerhouse lost to underdog St. Peters University, a small #15 seed out of New Jersey.

“It was very shocking and disappointing as I had Kentucky in the Elite Eight, you think these top seeds have such talent that you wouldn’t consider these no name schools winning, but that’s the excitement about March Madness,” said senior Will Veiga. “It’s interesting seeing these small schools pull off Cinderella stories and making deep runs in the tournament.”

A big part of March Madness’s hype and popularity is due to the ability for the fans watching at home to predict the brackets.

Each year, fans try to fill out a bracket of the tournament before any of the games are played predict the entire layout of the tournament, from the winners in the first round of 64, all the way to the National Championship.  No one is yet to do this, as the chances are 1 in 9.2 quintillion, however, it is a fun activity for the people watching at home.

“When you are making picks, always determine which team is on a hot streak, no matter the seed,” said senior Cullen Beltran. “Picking the seed with a hot streak is the key to success for March Madness.”

We are now narrowed down to the top 16 teams in the nation.

With the Sweet 16 being played yesterday and today, the competition is going to get more and more intense as we get closer to the National Championship, and more is on the line.

“I believe Duke will win because of the experience they have and their coaching, which will make them pull through in close games, however, I want Saint Peter’s to win because I love a good underdog story,” said junior Diego Enriquez.

The favorite so far is between Arizona and Gonzaga, as they are both #1 seeds,  but with March Madness, anything can happen.