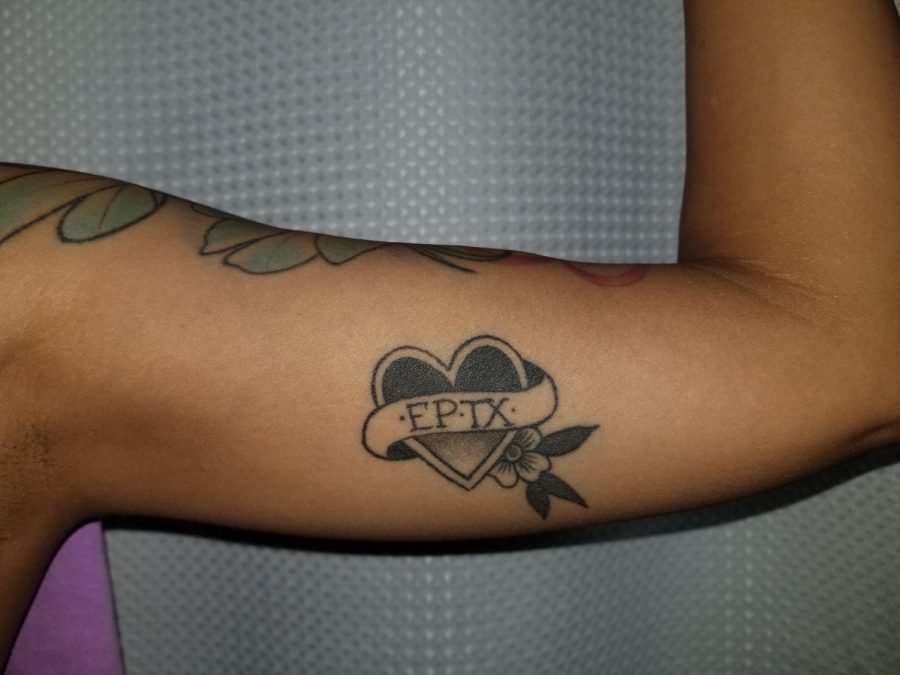 Tattoos can convey a wide variety of messages, such as this El Paso heart tattoo on a woman’s bicep.

I’ve been told how nice my mom is, and this is completely true when it comes to most things. However, nothing positive comes out of her mouth when she sees any tattoos. This opinion is shared by most members of the older generation. The  most important thing to understand about tattoos, though, is that it no longer is associated with taboo things. Now, it is now a form of artful expression.

Tattoos  are very common in today’s generation; it can be seen on the media, in movies, on celebrities, and more. Despite this fact, not too long ago, these skin markings were associated with deviants in society, a bad stigma surrounding them. There is a clear distinction on the perceptions of expression between the past and present generations.

When looking at the age of when people decided to get inked, there is a divide between Generation X and the Millennials, also called Generation Y. When asked what age they received a tattoo, most of Generation X responded with 25 years old or older. When Millennials were asked, many answered with ages younger than 20. When asked why they choose the age, Generation X’s main reason was that they felt they were adult enough to decide and had given it a lot of thought by then. By then, they had an identity and were solid in their beliefs, not trying to figure out who they were.

With Millenials, it may be more about portraying themselves in a particular way to others. There is definitely a cool factor that comes with getting a tattoo or piercing. With today’s youth, it shows you are a tough, down-to-earth person. Some Millennials have stated that if getting tattoos weren’t so normalized and praised today, they probably would not have gotten one. Nowadays, getting a tattoo or piercing isn’t the act of rebellion that it represented for the older generation.

As part of the newest generation, we have gotten to the age where we can form our own opinions about many things that we never thought about before. As we decide what classes to take or what colleges to apply to and attend, we start to realize more about ourselves and our own forms of expression. While some support the idea of tattoos at a young age, others may not. At the end of the day, that’s okay because it is our choice to make.