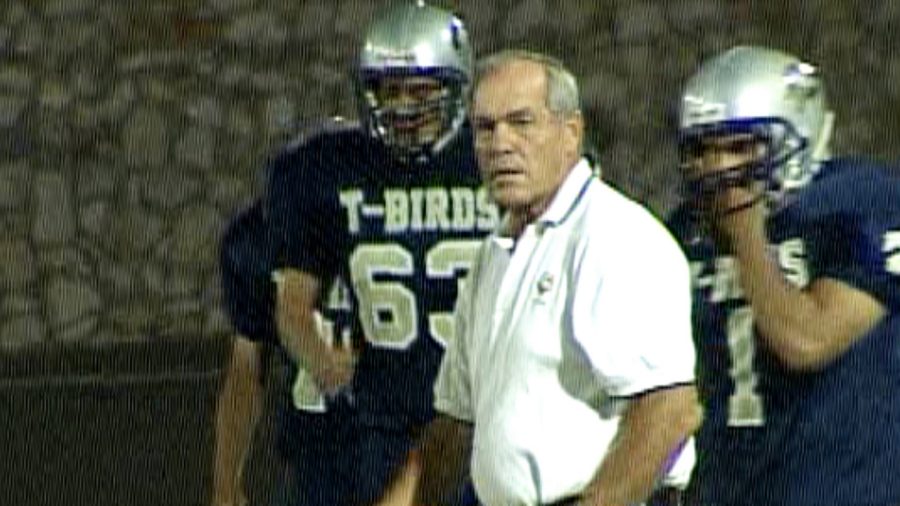 Coach Don Brooks passed away at the end of April. He will be remembered for his tremendous contributions to the Coronado football team and his outstanding character.

Coach Brooks arrived in El Paso from Oklahoma in 1969, where he started coaching at Morehead Middle School. In 1974, Coach Brooks came to Coronado to coach under Head Coach Jack Quarles. Then in 1977, Coach Brooks earned the head coaching job.

Brooks’ lasting impact even resulted in a stadium name change, with Coronado renaming Quarles Stadium and replacing it with Quarles-Brooks Stadium in 2015.

“[Don] was a good coach [and] a good man: he always wanted to do the right thing,” Brooks’ successor and current Coronado Football Head Coach Robert Andersen said. “He was well-liked by everybody. He cared about people and how they felt.”

“If you didn’t know him, you wouldn’t know – you’d think he’s mean, and he probably was at some [moments] in his career,” Coach Andersen said. “My experience – I was at the end of it – and he was a good man, and he was a lot softer, probably than what he looked.”

Coach Brooks left a mark on Coronado’s football program – including teaching Coach Andersen everything there was to know about head coaching – since it was much more difficult and demanding than any assistant coaching job.

Brooks would also have his players hand out jerseys to the teachers on game day and would allow them to wear it throughout the day, demonstrating his appreciation and caring personality for all people.

The T-Bird football program, and Coronado as a whole, will never forget the contributions made by Coach Don Brooks and the positive influence he had on the school as a whole. His legacy will never be forgotten.